Click above to listen to Jesu, Joy of Man’s Desiring as you read. This piano solo is from 2009 Best Holiday Album December Peace (ZMR Awards, winning over Enya and Yo-Yo Ma). If you enjoy, please consider sampling and ordering the CD, MP3 Album or sheet music. You can also listen and download on iTunes and all other digital outlets.

The Greatest Gift ~ by David Wills, www.generousgiving.org (Copyright 2012, David Wills, not to be re-published without permission)

I turned 11, and my parents gave me the greatest gift ever – a black Schwinn bike, complete with a sparkly, silver banana seat and high handle bars. It wasn’t just cool, it was going to be the coolest bike in the bike rack in front of Ben Franklin Elementary School on Monday… and, it was! 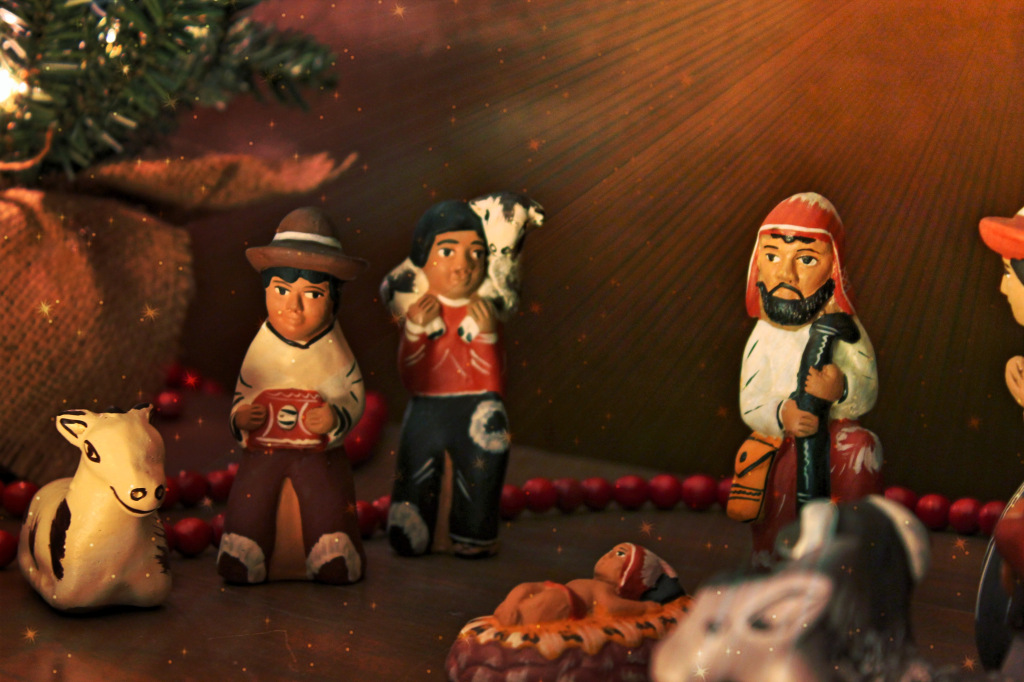 Probably in my arrogance, I was admiring my new bike more than I should. I parked it in the bike rack that morning and in a rush, failed to remember to put the lock on it.

During recess, I took every opportunity to look at it. It was so cool. But when I came out at the end of the school day to get my incredible bike to ride home, I couldn’t believe me eyes. My stomach dropped. There was the bike rack. But my bike was nowhere in sight. It had disappeared. Stolen.I ran inside to the principal’s office and turned in a report, although I don’t think it did much good. Mr. Taylor wasn’t very fond of me anyway. It was a long, long walk home that day.

My extended family on my mom’s side had driven from Dallas and Waco to spend Christmas with our family. Among the bunch was my great uncle Bill (his real name was David, and I was named after him).

Uncle Bill was one tough hombre, as bald as bald could be. All of us kids were all a bit scared of him. He never married because he was in the FBI… whoa! He would never tell us what he did, so you can imagine what we thought he did. Uncle Bill lived by himself in an old house where my great-grandparents had lived in Waco, Texas. I always remember thinking how poor he was.

Christmas Eve can be magical for a 10-year-old boy. You can guess what I hoped for, but knew I wouldn’t receive.

Of course, another bike.

Sure enough, when Santa showed up… Schwinn did not. I knew it was all my fault I didn’t have a bike.After we opened our presents, Uncle Bill called my dad and me into my parents’ bedroom. I remember it like it was yesterday. I thought I was in trouble, as it was a condition I often found myself in. Uncle Bill pulled out his old leather wallet, opened it up, and took out a crisp brand new $100 dollar bill. I had never seen one in my life. He told me he heard about my bike being stolen and wanted to give me $100 dollars so I could go with my dad to get a new bike.

I just stared at it. I couldn’t believe it. Tears come even now, as I see this memory so clearly in my mind’s eye.

You see… generosity changes everything. I never looked at Uncle Bill the same. Here was a man that gave far more than he could afford to help a kid get a bike. Generosity is a strong, powerful, and mysterious thing. It changes us when we do it. It changes us when it’s done to us. That day forever changed that boy and this man.

May you experience generosity and the peace that comes from it this December, as we celebrate the One who would give the greatest gift of all.