Click the player above to stream Peace as your background music. If you enjoy, consider supporting through iTunes, Amazon, or stantonlanier.com (where sheet music is also available).

Peace was inspired in 2004, the year Music to Light the World was founded. That year my wife and I, and a support team around us, took a big leap of faith. Music to Light the World is a non-profit ministry with a mission to be a leading instrument for God’s peace, rest, hope and healing in the church, the cultural arts, and the lives of cancer patients. As we prepare for a 10th Anniversary Gala this fall, I wanted to share the 2014 Vision and Mission poster below. Please take a moment to be inspired by the stories and impact that God has made possible.

I invite you to play a role in the story as we launch into the next ten years. Peace was the foundation for Music to Light the World’s Get Music Give Hope program, where generous donors and supporting customers help one CD be given away for every one purchased. Over 50,000 CDs have been donated to cancer patients and their families around the world so far, touching 500,000 lives as relatives, friends, and caregivers hear the music. Our dream is to give away 1 million CDs and MP3 Albums by 2024 to cancer patients and others in need, touching 10 million lives with a message of hope and healing.

Has the melody Peace or Music to Light the World touched your life in a special way? 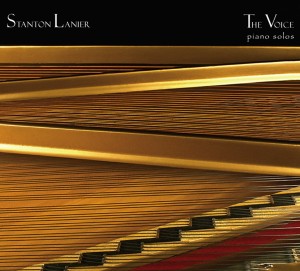 Hayley’s life was an inspiration to thousands of people who followed her story and prayed for her. I played Peace at her funeral, then her story led to Peace and other melodies being played at services of remembrance for families who had lost a child to cancer. Music to Light the World began donating CDs to offer hope and healing. Today this program is called Get Music Give Hope, and every year at least one CD is donated (sometimes several) for every CD sold. Thanks to customers and donors, over 50,000 donated CDs have touched 500,000 lives as patients, family members, friends and caregivers have listened to the music in cancer centers and hospitals around the world. Thank you God for Hayley.