Click above to listen to Walk in the Light as you read. This is the title track from my very first album of Scripture inspired piano in 2001.

How do you know if you are walking in the light?

This question can have a lot of good answers. Last week while filming some music videos in south Georgia, I captured the image below. It is a beautiful symbol of how life brings light and darkness. By faith, we are called to walk in the light.

Isn’t it interesting how the setting sun draws our attention in the photo? We know there is darkness in the world, in life, and even in our hearts. This darkness, and the dark storm clouds pique our curiosity, but we are drawn to the light.

Here are four ideas to consider, which help me know if I am walking in the light…

1. Walk in the light of God’s peace. “Peace I leave with you; my peace I give you. I do not give to you as the world gives. Do not let your hearts be troubled and do not be afraid.” (John 14:27)

3. Walk in the light of God’s hope. “For I know the plans I have for you,” declares the Lord, “plans to prosper you and not to harm you, plans to give you hope and a future.” (Jeremiah 29:11)

4. Walk in the light of God’s healing. “Then your light will break forth like the dawn, and your healing will quickly appear; then your righteousness will go before you, and the glory of the Lord will be your rear guard.” (Isaiah 58:8)

Reflecting on these truths refreshes and encourages me. I hope they do the same for you. There is light, God’s light, beckoning to us in the midst of life’s storms. I would love to hear from you if this is especially meaningful to you today. You can send your comment down below.

Which idea for walking the light shines the most for you?

Here is the inspirational verse for the song Walk in the Light: “But if we walk in the light, as he is in the light, we have fellowship with one another, and the blood of Jesus, his Son, purifies us from all sin.” (1 John 1:7) 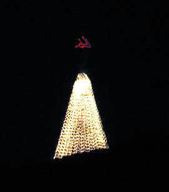 Esther looked out her window at the gathering gloom of dusk and accumulating snowfall. It would be a long night here at the nursing center and she hoped that tonight her roommate would finally sleep. The long nights of intermittent moans and raspy breathing did nothing to help her own discomfort, tethered as she was to the ever-present oxygen cannula since her last heart attack in June. Her decision to stay here in New England rather than to live with her daughter in the Midwest had been hers, one she was at peace with after much thought and prayer. Yet tonight, despite the colored lights and garland at each window, it hardly seemed like the Holidays here, much less Christmas Eve. Trusting in her Lord and His providential care for her was a great comfort; but the nights here could be so lonely… especially on this night… 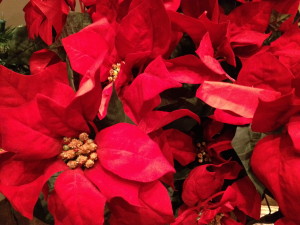 Staring into the darkness, watching the swirling, playful snowflakes’ procession on their way to join the blanket below, she could not help but think back over her 89 years to the happier days of girlhood; to the Christmases of days gone by, with the expectation of Santa Claus and presents.  There was Mamma’s cooking and Daddy’s stories, all jumbled together with memories of her own children, in like manner, now all grown and gone with young adult children of their own. She thought wistfully of her own dear Bill, of a Christmas Eve proposal and a lifetime of love and sharing. He was now long-gone to be with Jesus and her heart ached, just to see him smile…to hold his hand… to hear him call her “Essie” one more time. Her family, busied with their own children and grandchildren, managed to call fairly frequently these days… always a lift for her spirits. But, it was not like being there, amidst it all, as impractical and impossible as that was now. The cycles of life, intertwined and spinning together like the dancing flakes before her, were always moving, always changing…
Finishing her bedtime routine, complete with her daily Scripture reading, she slipped beneath her covers and sighed audibly. She remembered the baby Jesus, another unnoticed sojourner; a pilgrim forgotten by the very world He came to save. She remembered John 3:16 and thought about the Father’s Gift, the Light of the World, and how strange it must have been for this infant King; our God wrapped up in flesh, to be away from His home… just so we could know Christmas…

Drifting now, headed for sleep, she breathed a wearied but fervent prayer:  “Just to be Home, Lord Jesus… Home with You… Home with Bill… just to be Home…” Her breathing steadied as sleep overcame her. The minutes passed; then an hour, then two, as steadiness gave way to slowing, slowing now to a peaceful still.

And somewhere in the blustery, wintry darkness, Light said, “Come,”…and she did!…