Click above to listen to Spirit of Grace as you read (from my 8th album Open Spaces). If you enjoy, visit the online store to order the CD or MP3 Album or PDF Sheet Music. You can also download or stream on iTunes, Amazon, Spotify, and Pandora.

Can you find yourself in Rembrandt’s painting “The Return of the Prodigal Son?”

The three main characters in this renowned painting “The Return of the Prodigal Son” are also found in The Parable of the Prodigal Son (Luke 15:11-32) — the father, the younger brother, and the older brother. This story and painting have transformed my life, and are a deep source of inspiration behind my music and calling.

As I share how and why, look for yourself in the story. I believe this can be transforming for your story too… (please see the two excellent resources down at the bottom, which have spoken very powerfully into my story as well). 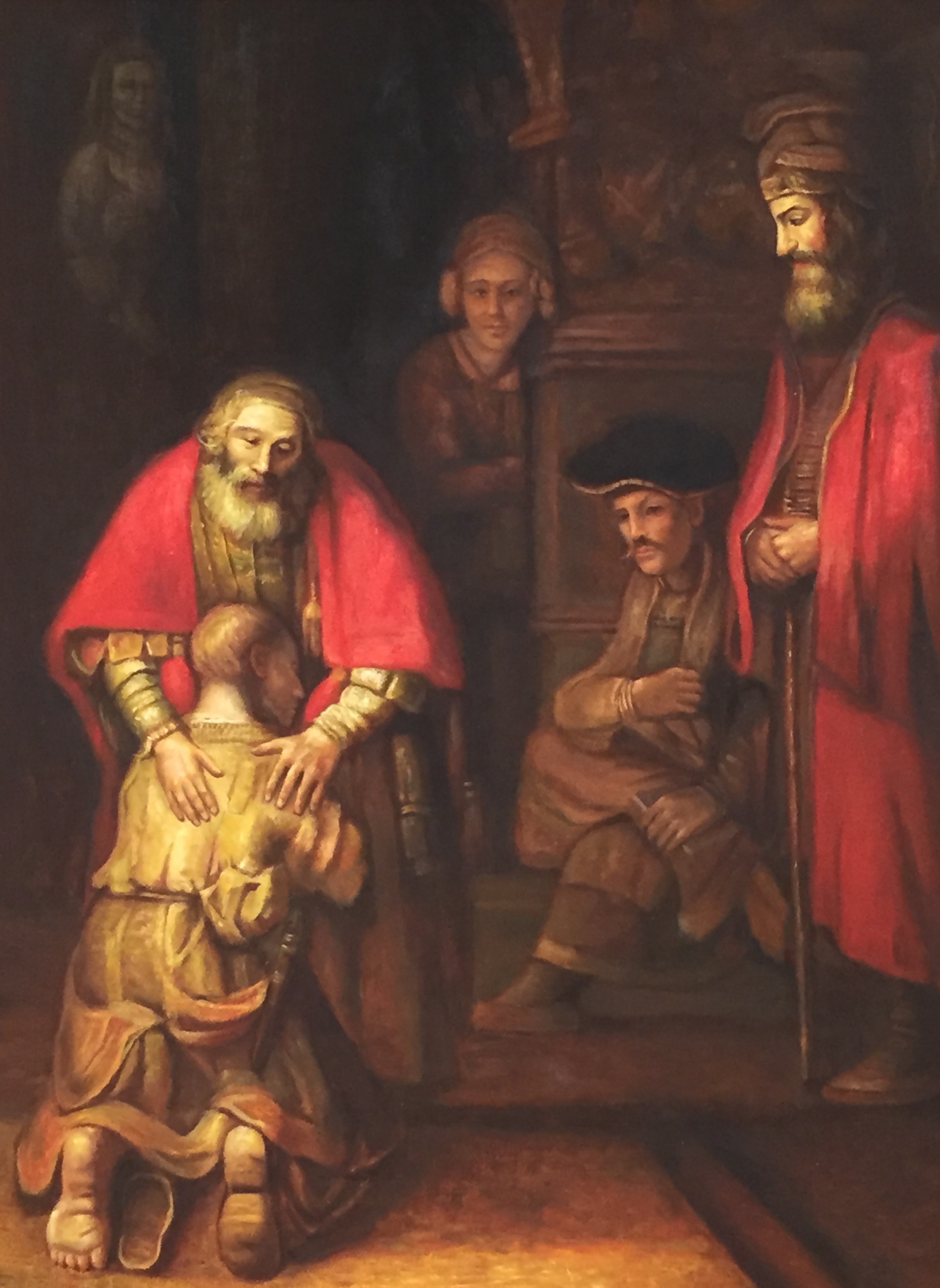 The Younger Brother (Kneeling). For much of my life this parable in Luke was a wonderful story. The father’s forgiveness of his youngest son was a beautiful symbol of God’s forgiveness of my sin. This picture of God’s grace spoke to me, but my wonder was limited. I couldn’t relate. This youngest son had taken his share of his father’s estate and squandered it all on reckless living. I am the oldest of three sons. I wanted to please my parents and follow the rules. However, I did envy people who seemed to be having so much fun with “reckless living” (I also quietly judged them). I have had my “prodigal son moments” in life, but I didn’t think this story applied so much to me, since it was really for those who had “lost it all.” Or was it?

The Older Brother (Standing). I can relate to the older brother. This is me, since I have two younger brothers. Because the “Prodigal Son” story doesn’t focus so much on the older brother, I thought I was safe. His story is in the last section of the parable, more of a footnote than the headline. He had stayed home, spending his life serving his father and taking care of his estate. He was prudent, not reckless. However, when his father held a great feast and party to celebrate his younger brother’s homecoming, the older brother was angry and refused to go in. It took many years for God to reveal this “aha” moment in my life. For too long, I had taken life too seriously, not having enough joy, and quietly holding a self-righteous pride in my heart. Now the story did apply to me. God was showing me I needed His love, grace, and forgiveness just as much as the younger brother.

The Father (Touching). As Tim Keller and Henri Nowen so eloquently illustrate, God can enable each of us to have the heart of the father in the story. He loved both of his boys, the youngest and the oldest. His love was filled with grace, acceptance, and forgiveness toward both, more than either son realized. This revelation is what transformed me. God wants me, wants us, to be like the father in the story — to love people well, to grow in seeing them through His eyes, from a heart of grace, forgiveness, and acceptance. The “heart of the father” has been breaking through in my life ever since. This is the heart behind my music — to meet people where they are, to express God’s peace, rest, hope and healing through Scripture inspired piano.

How does this speak to your story? What character are you? Who do you want to be?

The following are links to two of the very best books on this subject, which offer amazing insights into the deep meaning of Luke’s writing and Rembrandt’s painting: The Prodigal God: Recovering the Heart of the Christian Faith, by Tim Keller, and The Prodigal Son: A Story of Homecoming, by Henri Nouwen.