Granddaddy’s Old Hat ~ by Craig Corbin, www.craigcorbinphotography.com (Copyright 2012, Craig Corbin, not to be re-published without permission)

A week away from Christmas… and as a little fellow that meant helping my grandmother pick pecans under the large trees that covered the dirt road like wings from an angel. Granddaddy might drop us off, and might even hang out, but he rarely got out of his faded blue truck. Even still, he was sure to point out the ones I might have missed. It was such a great moment, sitting in the rumbling leaves listening to my grandmother’s rake, occasionally hearing the spitting of tobacco from my grandfather, and making sure not to pick from that area. 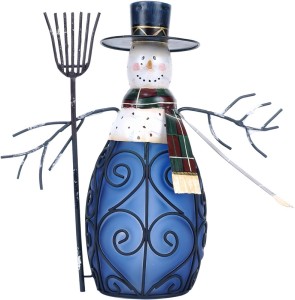 Soon we were finished and had enough to provide a couple of pecan pies that would be served the night before Christmas at my grandparents’ home, where we exchanged gifts. Our Christmas Eve tradition was to go to my grandparents’ home along with most of my extended family. A meal was served and there sat those pies and the memory of the pecan gathering a few days before. We would always exchange names the year before, and at the end of the night it was my grandfather’s duty to hand out these gifts. I think he truly enjoyed this, especially with the little ones, who he would joke around with, and even tickle their ribs before handing over the magic box of unknown. I can still see him sitting in that old chair on top of our little world doing his thing.

Of course every day comes to a end, and after cleanup the night would come to a close. Once names were drawn out of my grandfather’s old hat we would have all we needed for next year. With a hug and a Merry Christmas we were home bound. Which for us was three houses down.

Tired from the night, it was time to try and sleep. Although it was an ending for us kids, it meant a beginning for my father, who might have to assemble a bike or a train set. We never got piles of gifts, as we knew the meaning of Christmas was a birthday for our Lord. Yet, we got plenty to make us wake up early the next morning and see what was waiting for us. It was such a simple time in life. Now as a father of an almost two year old girl, I will see the glow in here eyes on Christmas Eve. Although a lot of time has passed, and my grandfather passed away many years ago, I hope my daughter will have special memories of our simple celebration of Jesus Christ. In the end, that is the best gift I can give her, and that story will never change. Merry Christmas!