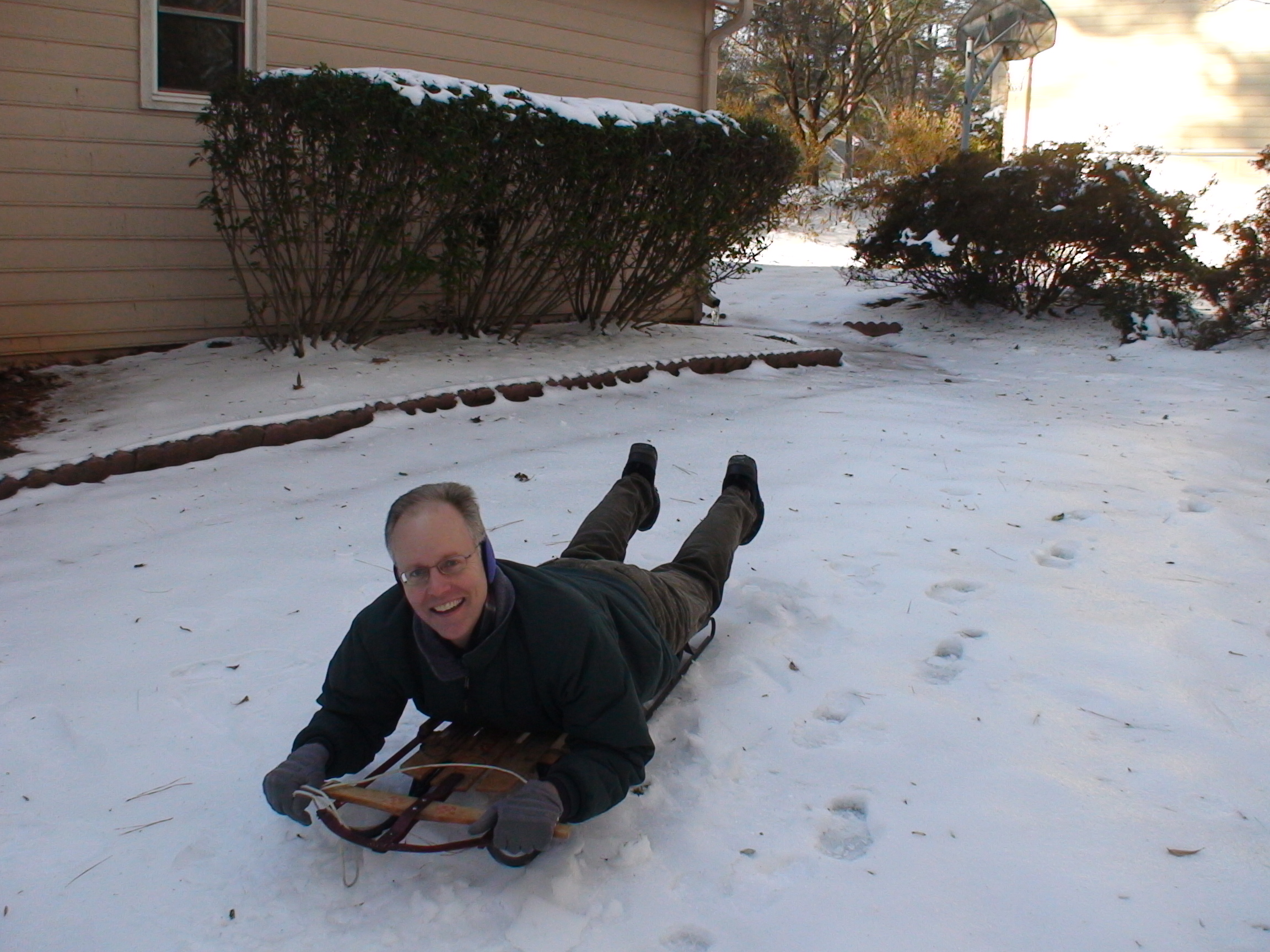 Why am I writing about a sled in the middle of July? Is it because cold weather thoughts can help cool us off on a hot summer day? Maybe. But I really wanted to share this childhood story because it always stirs up good thoughts and questions in my heart…

Cypress Road was packed with fresh fallen snow in Chapel Hill, North Carolina. I could see it through the big living room window of my childhood home. The temperature was just below freezing. School was closed. I had just finished a vitamin fortified Kaboom cereal breakfast. All my “Mt. Everest” gear was in place. It was another dream winter morning for a nine-year old. Cypress Road. One hundred yards long with a perfect twenty degree slope. Another downhill sledding adventure was about to begin.

Every day after Christmas I waited. . . January. . . February. . . March. . . April. . . no snow.  I couldn’t believe it! My sled dream had been realized, but the snow never came that winter. The following summer my dad took a new job in Pensacola, Florida. As my eleventh birthday approached, I wondered “Is this really happening?!” My new sled and I were moving to the Florida panhandle! That was thirty-seven years ago. The Gladding Champion Fastback is now stored in the basement, still gliding through life with me.  The glamorous adventure he was born for has ended up being a humdrum existence. An historic two inch snow at our house in Milton, Florida only resulted in “drags” across the flat front yard. A few times “Champ” has coasted down some small slopes around Atlanta and north Georgia where I have lived most of my life. My heart has never raced with the joy that I know he can deliver. Not yet.

Where was your “Cypress Road?” What was your “sled?” Have you ever received a special gift that is now in “storage” or that has never fully realized its potential? Does the sled symbolize any life gifts you need to restore? Physically, relationally, spiritually?