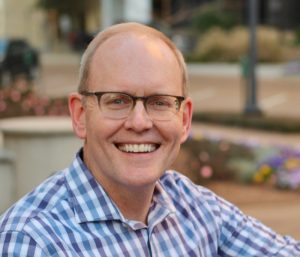 Stanton Lanier is a composer, author, orchestrator, and believer with a vision to Create God Encounters for All Generations through Scripture-inspired instrumental music. Stanton’s twelve albums include his second Christmas project December Peace II, and the all-original work So Loved, featuring Bible character soundtracks which invite God to sing over our life and story. Following a chemistry degree, M.B.A., and a fifteen-year business career, in 2004 Stanton founded the non-profit ministry Music to Light the World, which has donated 75,000 CDs to cancer patients and others needing hope and healing. He has performed in 27 U.S. states, Canada, Europe, and Australia, and his music touches five million lives annually across 140 countries through Spotify, Apple Music, Amazon Music, Pandora, YouTube, Sirius-XM Spa, Music Choice Soundscapes and more.

More of the Story

After starting piano lessons at age six growing up in Chapel Hill, North Carolina, my love for basketball made me want to quit at age twelve in Milton, Florida, but my parents didn’t let me. I began writing songs and singing at age fourteen. Playing and composing continued as a hobby while majoring in chemistry at Georgia Tech and completing an MBA at the University of Georgia. After five years working in consulting and insurance, in 1994, at age thirty, I reached a place of “career surrender.” Instead of striving to succeed, I began asking God what He wanted me to do, and I longed to hear His voice. This led to a ten-year financial planning career.

The piano was always a refuge for me throughout my life. I could sit down and step away from life’s busyness. When I began composing instrumentals I wanted them to convey a sense of God’s peace and hope. As people began to share powerful stories about how the songs were impacting their lives, I realized Scripture inspired piano is a unique way to share God’s story and my story.

This desire with my composing helps me hear Scripture as melody. About half the time this happens lyrically, meaning the piano is ‘singing’ the words from a verse. In other cases, a theme is being expressed through the music. From the time composing Scripture inspired piano was just an idea, and from the first melody to the newest, there has always been a very strong sense this was something much bigger than me and my abilities. My prayer as I compose is for everyone who encounters the music to sense God’s presence and to listen for His voice.